The main reason to join Women’s Business Station as a member is to be part of a community of likeminded women, have access to member to member and Empowerment Partner offers and have support when you need it.

We offer 1-2-1 support and share lots of business opportunities with our community including trading opportunities.

Whatever stage you are at in your business journey, Women’s Business Station invites you to be part of an engaging, supportive business community that will enable, equip and empower you in your business and in life!

Our four membership offers are open to ALL women who want to start, build or grow a business. Each one provides a fantastic range of activities and opportunities designed to help you reach your goals.

To chat about which offer is right for you, our Membership Manager, Lauren McGurk is only an email away – info@businessstation.co.uk 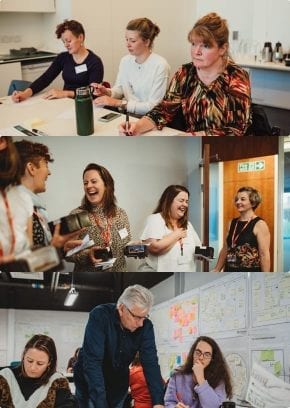 What is an Empowerment Partner?

An Empowerment Partner is a forward-thinking, innovative organisation offering a professional service which can benefit start-up businesses and those who are aiming for growth and increased productivity.

As part of our membership model, we are creating opportunities for a minimum of five businesses in our first year to join our movement as an Empowerment Partner. This involves a minimum of two years’ commitment in return for a socially impactful and commercially rewarding package. Your commitment will include a financial contribution, professional advice, training and active participation with our events.